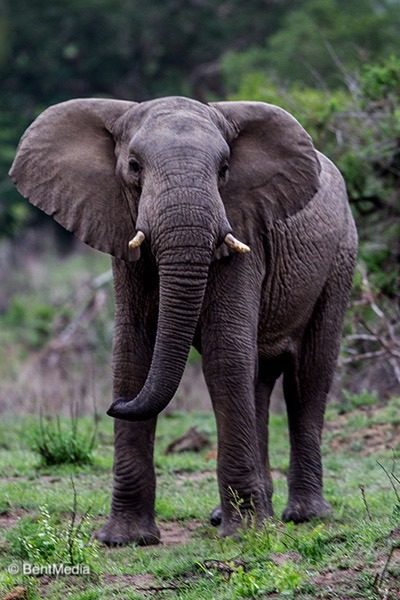 African savannah elephant
So, what does that have to do with Lembeh strait. Right now there is a war on owning the right to inhabit anemones. Anemone fish, as you all know, are totally dependent on anemones, and have no chance of surviving without anemones. Anemone fish feeds on plankton drifting by in the immediate vicinity of the anemone. There seems to be an upper limit to the number of anemone fish a certain anemone can provide plankton for. Anemone fish are very aggressive, and are very good at defending their anemone from intrusion by single individuals of other species. 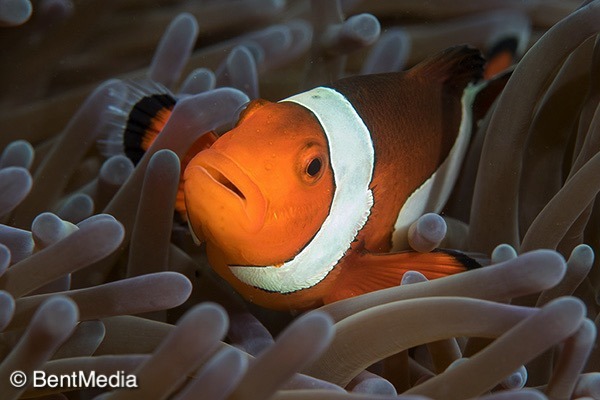 False clownfish in its anemone
Bangai cardinal fish, on the other hand, needs something to hide around in order to evade predators. They very often choose anemones for that, hovering in the vicinity, but do not defend anemones and are not dependent on the anemones. On the other hand, there is room for a very high number of Bangai cardinal fish around an anemone. They also eat plankton, and while much less aggressive, and much less territorial than the anemone fish, Bangai cardinalfish by sheer numerical force could easily affect anemone fish. 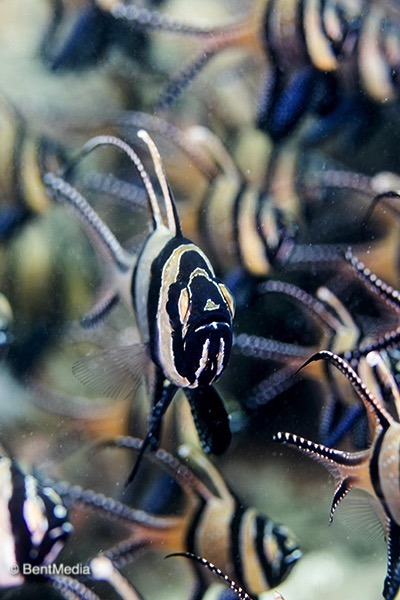 Bangai cardinalfish, one of the more numerous fish in the Lembeh strait
Currently there are a number of anemones without anemone fish, but with high numbers of Bangai cardinal fish around them in the strait. There are, obviously, several other explanations to the absence of anemone fish in these anemones, but one potential reason is definitely competiton from the competitively inferior, but numerically much more common cardinal fish. 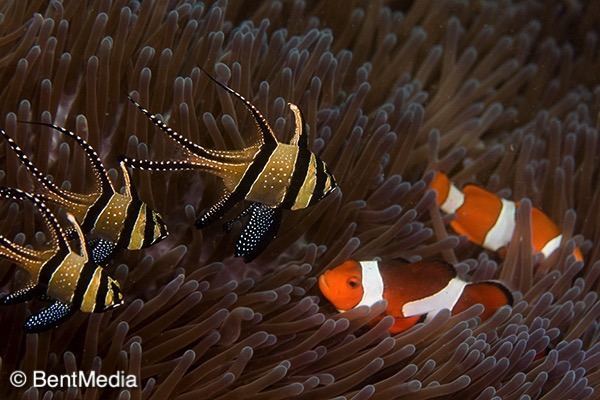 Potential conflict between Bangai cardinals and anemone fish
Given that the Bangai cardinal fish does not originate from Lembeh but from the archipelago around the Bangai island, and are endemic to this archipelago, we face an interesting conservation dilemma. On Bangai, the cardinal fish have been fished heavily for the ornamental fish market, leading to declines and near extinctions of at least some sub populations. As such, the establishment of satellite populations in Lembeh strait could be very positive, securing the survival of this particular cardinal fish as a species. On the other hand, there are definitely potential problems in introducing species to places outside their normal distribution range, especially species with such an efficient establishment as the Bangai cardinal fish have shown. Then again, the fish that are more likely to be affected in this case are the anemone fish, and all the species present in Lembeh have fairly wide distributions and are not threatened globally at all. 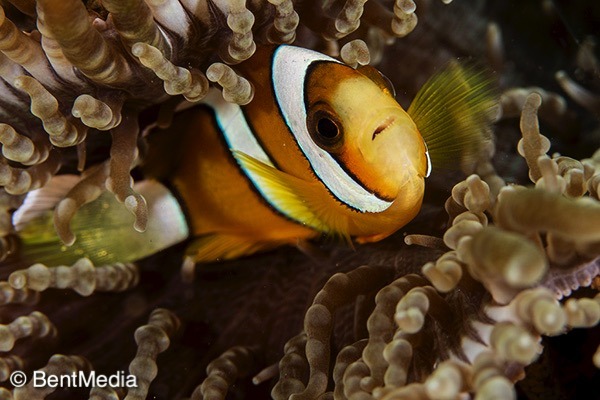 Clarck´s anemone fish
But, more or less now being a feature on its own here in Lembeh, nowhere else do you find the tongue parasite on anemone fish in such numbers. Should we really risk that particular study object? And so on and so forth, arguments could be made back and forth whether the cardinal fish should be targeted for removal from the strait or if they should be protected here. I believe that good arguments could be made for both.
Categories: Biology