Mandarin fish – the winner takes it all

Being here in Lembeh this time I have been to a couple of mandarin dives. The site used now under Bianca is probably one of the best I have ever seen, with many males coming down before dusk to establish their territory and some minutes later, a bunch of females arriving to mate with the males. Several guests here have asked me how the mandarin mating system works, being very surprised at the notion of one male mating with several females, while some males seemingly do not mate at all. So what is the explanation for this? 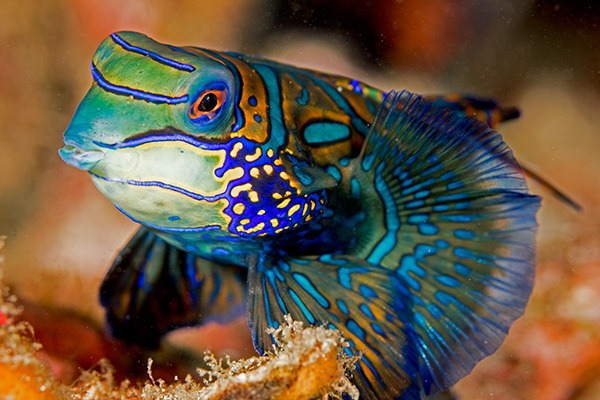 Male mandarin fish, waiting for the girls to arrive
Probably the now more or less global dominance of monogamy among humans (at least at the public version of our lives – real life seems to be very different from the picture we want to convey) seems to make it hard for people to really appreciate the variance animals show in their mating systems. While there are monogamous species, the vast majority is not. That pattern is repeated in the waters we visit as divers, with a few species being monogamous (anemone fish and Coleman´s shrimp are examples) while most species are polygamous, with a male mating with several females, and, sometimes, females mating with several males. 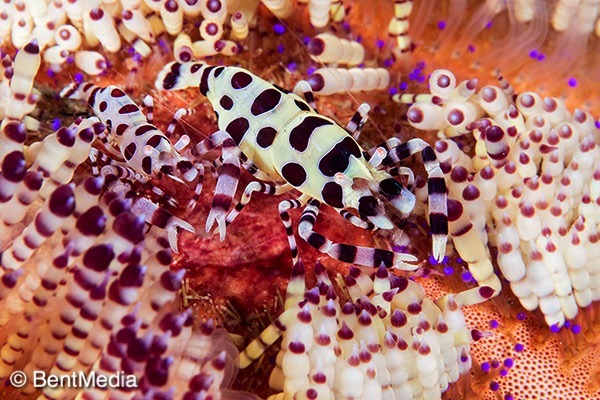 Coleman´s shrimp are monogamous with a female and a male residing in a fire urchin
Mandarin fish males congregate at certain sites at dusk. They establish short term territories from which other males are displaced, vigorously and often violently. After males have been on site for around a quarter of an hour, females, which are much smaller than males, enter male territories and check the males out. Males do not stop females from leaving, but try to entice females to mate with them with a short courtship ritual. Females can leave and go to another male if they so wish, and might mate with a male that is not in the territory they chose from the beginning if the original male for some reason is not there. Subordinate males will often sneak close to dominant male territories and try to steal a mate, however, often receiving a beating instead. Females will always find a male to mate with, regardless of her status (has any male ever said no to a mating!), while most males will, at least in the short term, not mate, with a few mates getting the absolute majority of the matings. 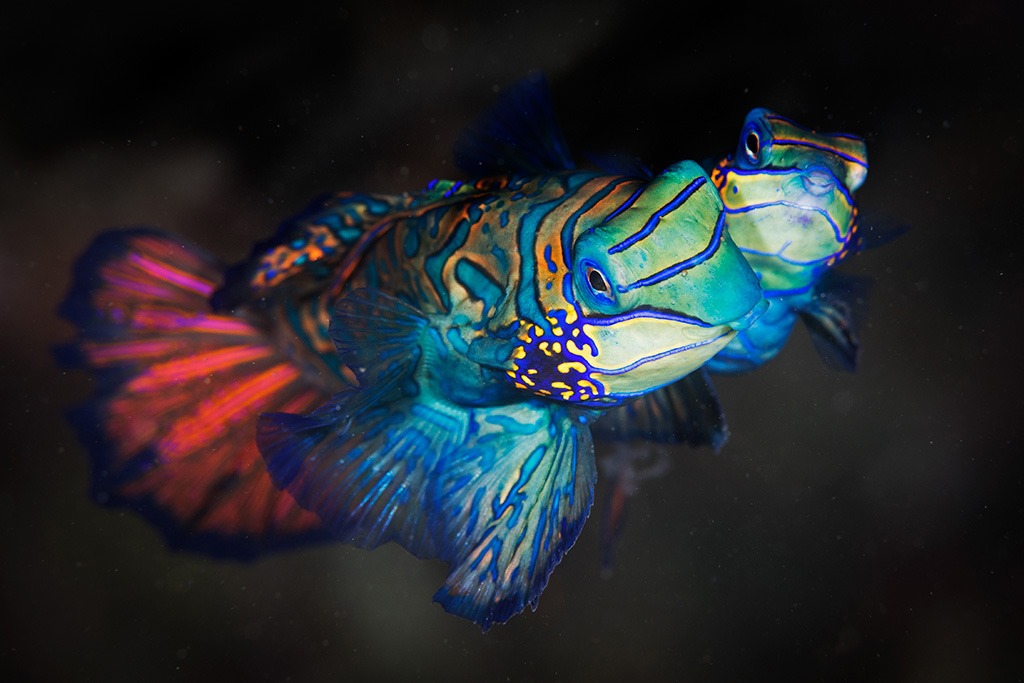 The lucky guy with one of the evenings five females
Such a mating system is called a lek system. The term was originally coined for describing the mating systems of some birds, such as black grouse, where males advertise their superior quality either by owning an especially cool territory or by looking or sounding cooler than other males. Lek systems will select for large differences between the sexes. Some, or even most, males in lek systems rarely, or never, mate, while a few lucky or very “good” males gets it all. Females get nothing from the males, except for good quality genes, that their sons will inherit. Another typical characteristic of such systems is that females provide all the parental care, while males are busy climbing on the status ladder. One way of climbing, and sometimes the only one, is to fight and defeat other males. These fights can be long and potentially fatal, as the looser really looses his purpose of living, at least from an evolutionary perspective. 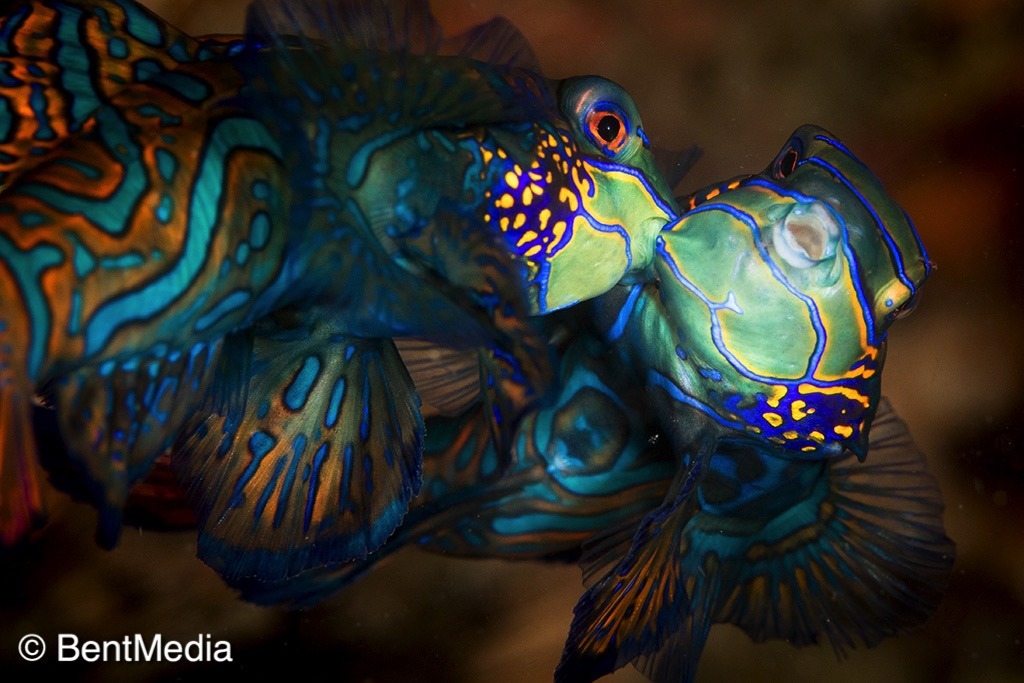 While not costing any of the participants their lives, this fight lasted a long time and both males got no matings that particular night. Another male moved in while these two were fighting, and mated with the females in the territory.
Females probably does´t mate every evening, as eggs are energetically costly and takes time to build up. Despite this there is a marked surplus of females at the mating site. This means that by far the most males don´t even bother visiting the lek area, but says away, concentrating their efforts on growing large enough to challenge territory owners.
Categories: Biology
Tags: CompetitionlekMating