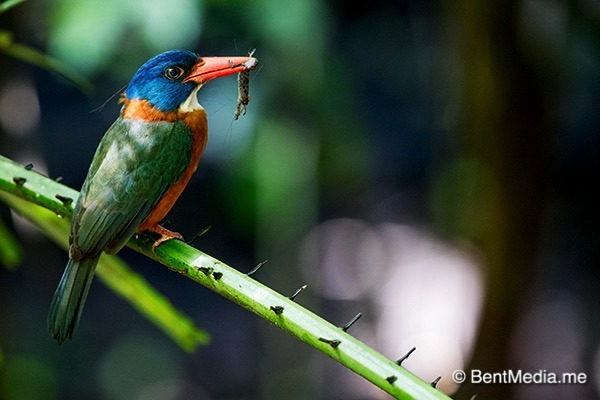 Greenbacked kingfisher – en endemic kingfisher that birdwatchers are ready to travel to Sulawesi to see
Endemism is quite rare in oceans. The main reason for this is that most endemics, not surprisingly, are poor dispersers. Dodos (now extinct) come to mind, as does cassowaries, Galapagos giant turtles, Galapagos finches and a number of other poor dispersers on islands or specific habitats on land. Marine animals generally disperse as larvae, and with the far ranging ocean currents, and the long pelagic (that is “free floating”) stage of most marine animals, such animals generally are found over large areas. A few, with special parental care such as cardinal fish, can be endemic, but otherwise most endemics in oceans are endemics on the scale of an ocean. As an example, the Red sea has a number of endemics, but most of those are found in most of the Red sea, which is a much largher area than one normally would use to describe a species as an endemic on land. 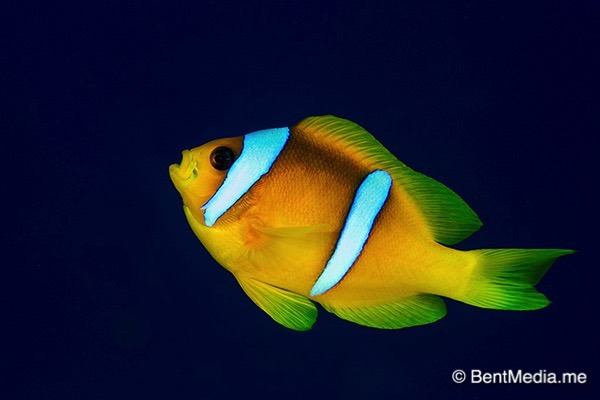 Red sea anemone fish – endemic to the Red sea
Do we have any endemics here in Lembeh? Well, in the water I am pretty sure the only endemic we see will be the Bangai cardinal fish, which were endemic to the Bangai islands, but now are spread by the ornamental fish trade to both Lembeh and Bali. On land, the picture is very different. I will restrict myself to a couple of examples here from Lembeh island, but there are many other endemics in the region. 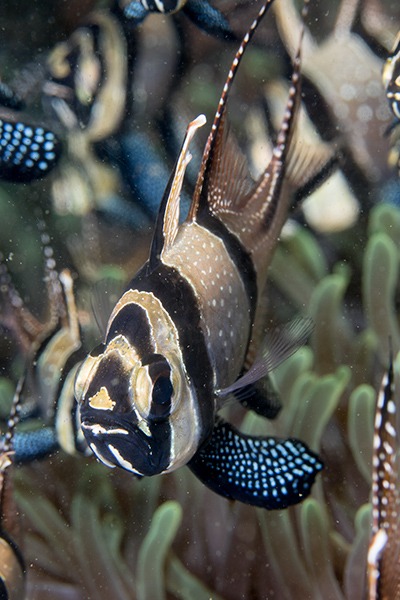 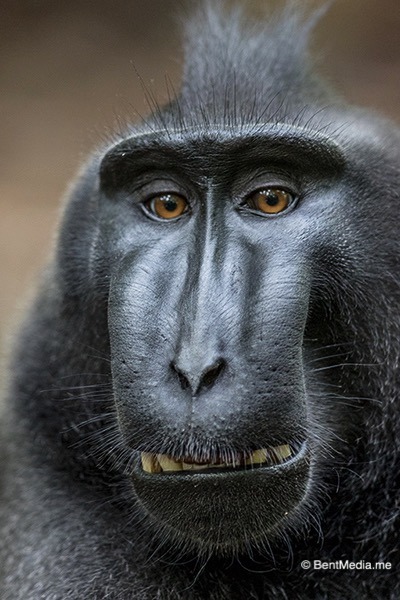 Crested macaque
Second, we have the tarsiers. Tarsiers are also probably best known from Tangkoko national park, but they are regularly seen here at the resort, and are heard every evening. The spectra tarsier, which according to current classifications is the one here in northern Sulawesi, is less well known than the black macaque due to its nocturnal and quite secretive behavior. In contrast to the mainly frugivorous macaques, the tarsier seems to be less dependent on actual rain forest habitat, having quite dense populations in the secondary forests on Lembeh island. 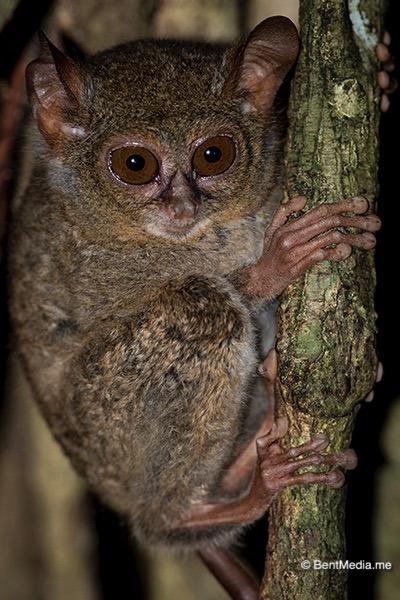 Spectral tarsier
Besides birdwatchers and similar animal watchers, conservationists also care a great deal about endemics. Having a very limited distribution will always be of concern, as changes can threaten a whole population. Some of the quickest extinctions we have experienced happened just to endemics on small islands. Right now, neither tarsiers or black macaques are threatened globally, but, as endemics, it is essential that their population numbers are carefully monitored in the future.
Categories: Biology
Tags: BiologyendemicendemismLembeh