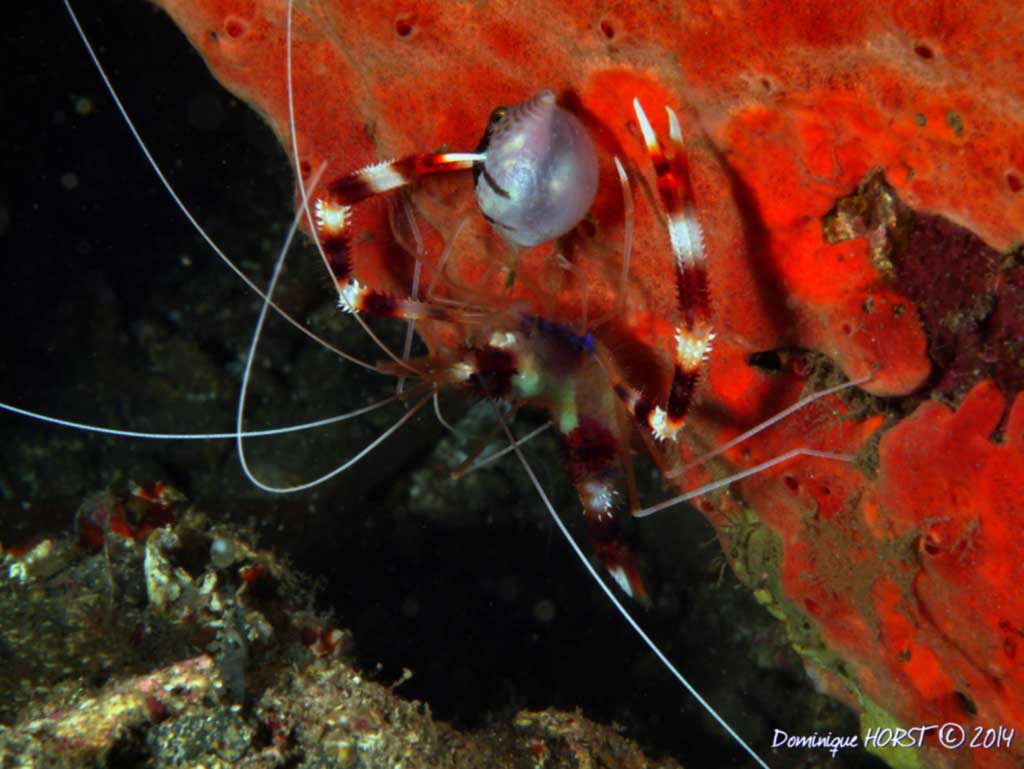 Some Lembeh Dive Stories don’t request special Critters … like this one: On their recent stay at NAD-Lembeh our repeater Guests Dom & Babette were diving two weeks with our Guide Supervisor Paulus and were – besides many other cool critter sightings – lucky enough to witness a very special moment. On a Night dive at Nudi Falls they spotted this Boxer Shrimp (Stenopus hispidus). It was sitting on a Sponge when suddenly a litte Toby Puffer swam by. When the Fish was very close the Shrimp suddenly grabbed the fish and held on to the Toby which immediately started to puff its body. But the Shrimp would not let go of him and continued to prepare its dinner for consumption. In this very lucky case (for the fish) though the shrimp eventually let go due to the flashes of Dom’s camera. A very successful evening: Neither Paulus (that has been diving here since the 90s) nor our Guest have ever seen a Boxer Shrimp catching a fish. Plus Dom got cool photos of it and he saved a fish’s life … and surely the shrimp found something else to feed on. Thanks for the Photo Dom and see you Guys next Year 😉