Goby with 3 parasites on his head 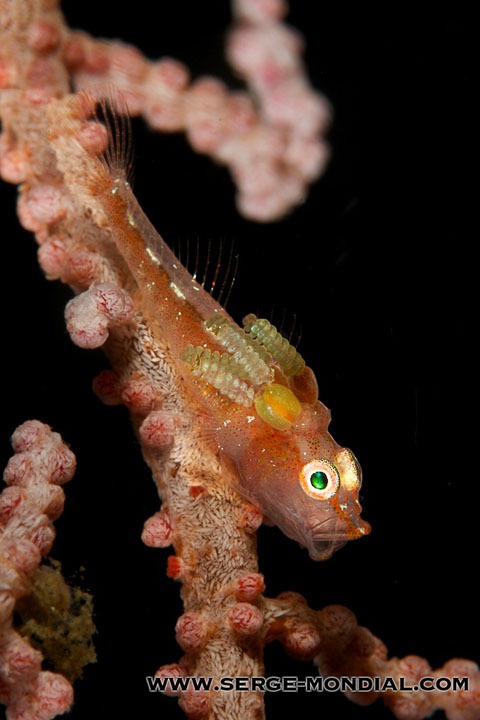 On one of this weeks morning dives we went diving at Tanjung Tebal – one of Lembeh Strait’s best coral dives with lots of Seafans, whips and soft corals. It is just a dive that has to be timed well with currents. We went there this week on slack tide with just a gentle water movement – just enough to keep the corals open. It was a fantastic dive with an amazing number of Pygmy Seahorses. Joni even found 13 specimens in one single muricella fan. Another cool thing was this goby who was also sitting on a muricela fan. The special thing about this one was the fact, that he had 3 parasites on his head: Parasitic Copepods. These make the Goby suffer and die eventually. In this photo it even looks like the goby is screaming – which is of course not true. He is just yawning … but it still looks cool 😉

F**k it, Serge! I got two on one in Cabilao, with two gobies on the same whip with tow parasites, and two other with one, but this is just over the top! Cool picture!