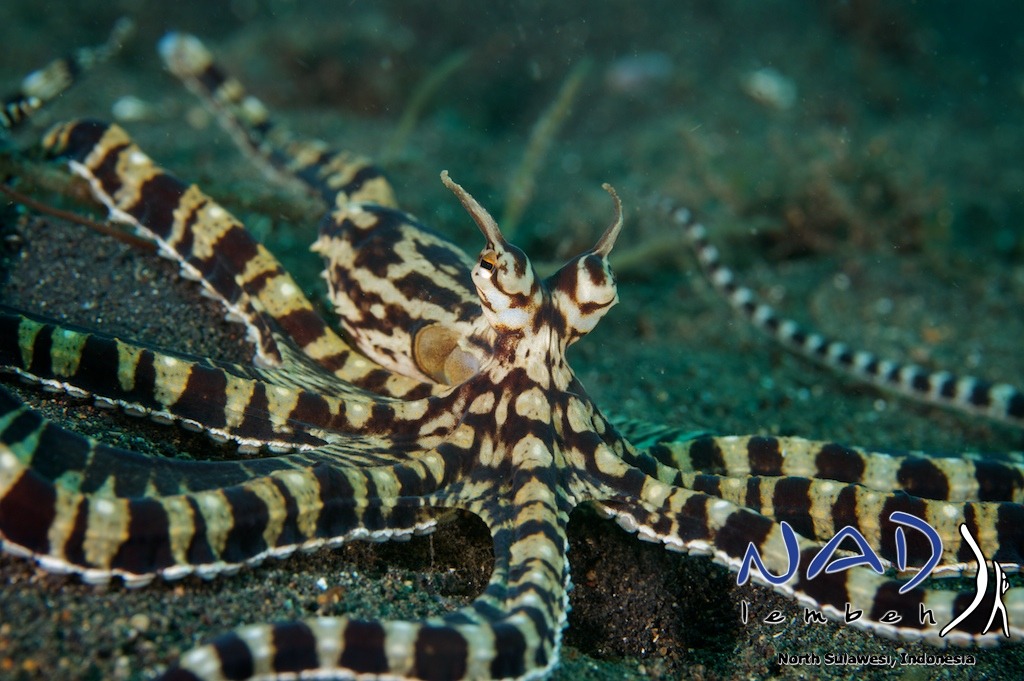 We went out today and planned a dive at Batu Sandar looking for Pygmy Seahorses – but as it is with plans, we ended up somewhere else instead: it was a little too choppy for good pictures of Pygmy Seahorses. So we changed divesite and decided to go to TK (Teluk Kembahu). A good decision: We saw several Coconut Octopus, 2 Hairy Ghost Pipefish, a lot of Nudis, Seahorses and other stuff … and at the end of the dive we found a very nice Mimic Octopus. It had just the perfect size, all arms were intact and it was in a good show off mood – flashing its stripe pattern and performing classic mimic moves for all 5 guests. We spend a good 10 minutes with the little Octopus before he safely returned into his hole. Thank you little Mimic Octopus!