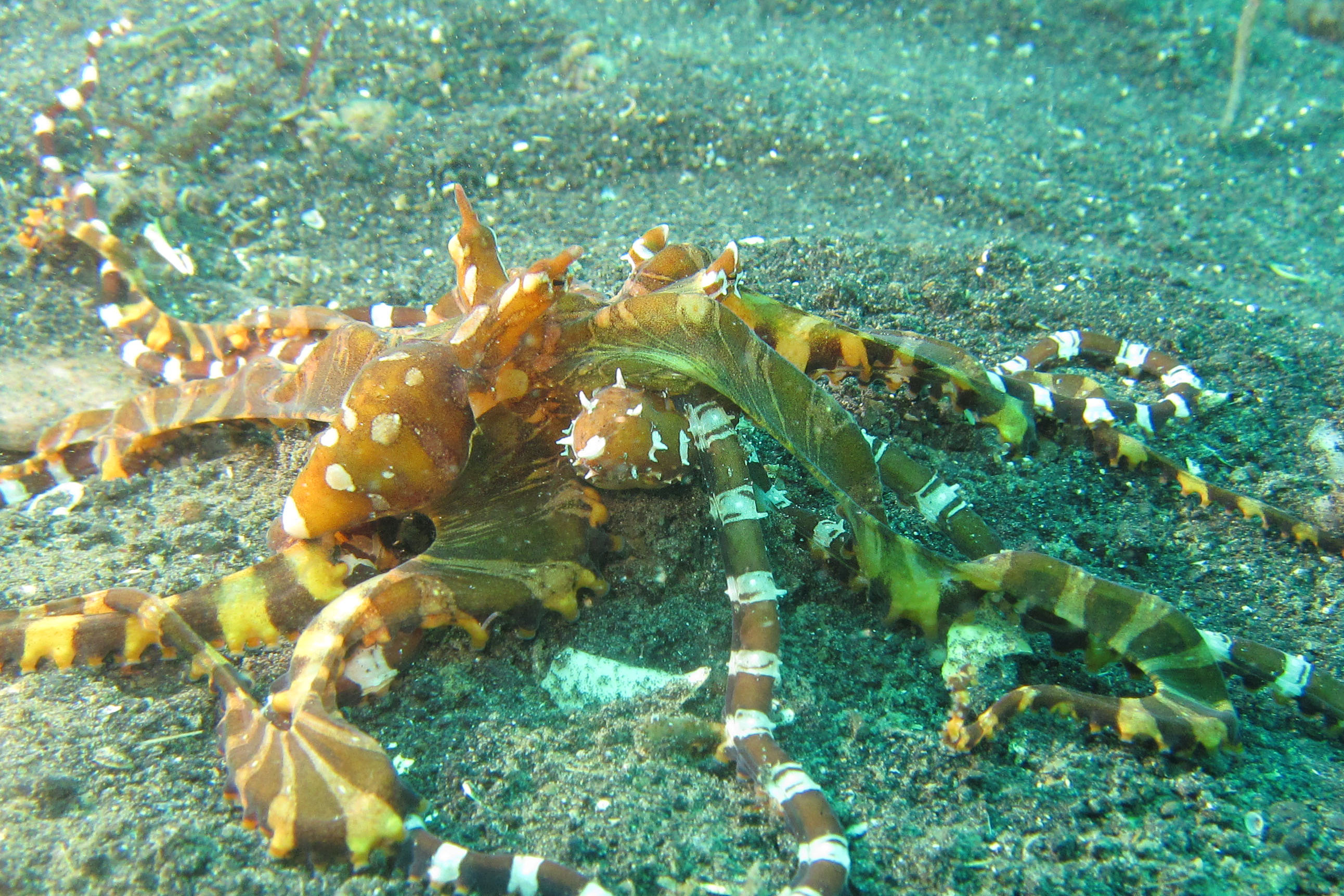 Yesterday we had a terrific second morning dive. After a rather mediocre dive at “Hey Nus” we went to Teluk Kembahu for the second dive. There we found several seahorses, Coconut Octopus, Mimic Octopus, various cool nudibranchs and lots of other cool stuff. But the real highlight of the dive were these two wonderpus mating. Our guide Joni found them and his guests Kristine and Bruce were lucky enough to witness this very special moment. You can clearly see, that the male has a rather orange-brown pattern and the female a rather white-brown pattern. The male is just jumping on the female in this picture – thank you very much to Bruce for this cool shot.