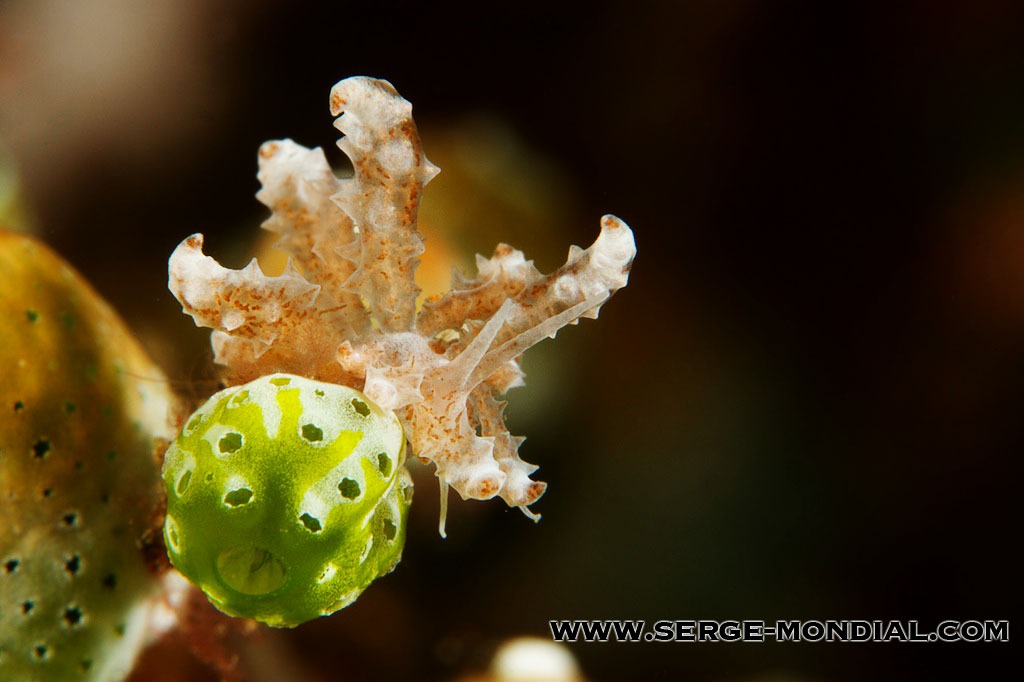 On yesterdays morning dives we wanted to go to Batu Sandar 2 (or “Rojos”) but there were already 3 boats on site (2 directly on the dive site and one boat just jumping next to the dive site). So we decided to try something new and avoid the crowds. We kept going until we reached a little beach in between Batu Sandar 2 and the next village … and jumped in. It turned out to be a very good decision: Not only had the dive site an attractive mix of corals, rubble and sand – there were also lots of critters around. Directly after decending i found a little hairy type of octopus which was the first highlight of the dive. Then we had nudibranch galore – with one cool species after another, xenia coral shirmp, nice crab species and even a mimic octopus in the deeper, sandy part of the dive site. So even though we did not get to go where we planned we still had a fantastic dive with lots of critters and even more privacy: Our 4 guests had the dive site for themselfs with 3 Spotters – Paulus, Joni and Serge. The picture shows a tiny Cryptic Phyllodensium nudibranch on a little ascidian. We will go back there soon and we are also already thinking about a name.