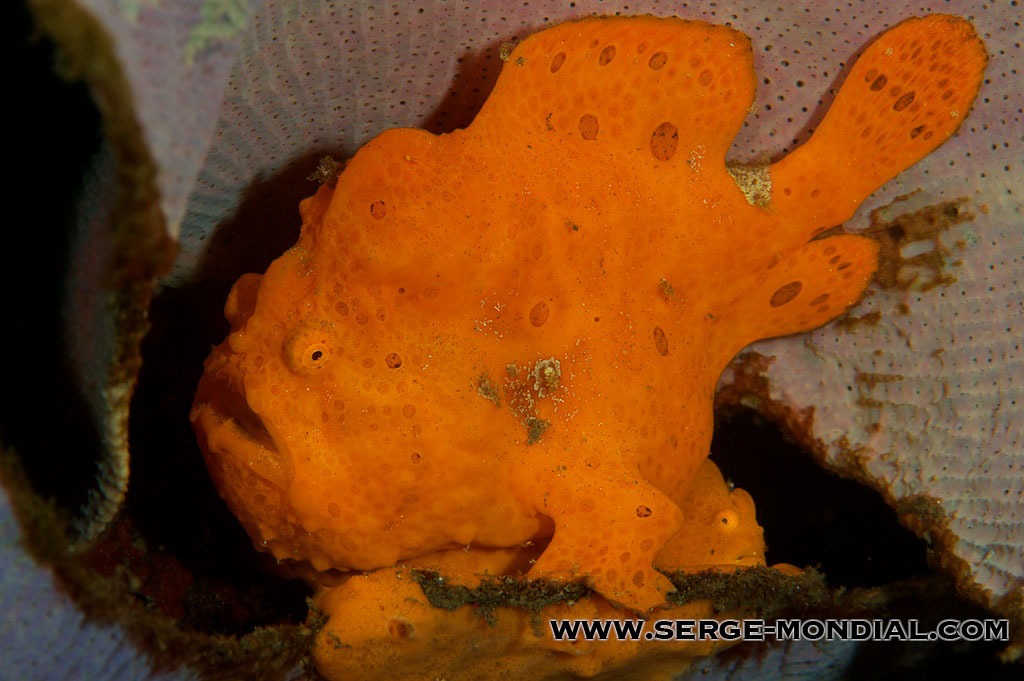 On todays morning dives we had several highlights such as Banded Tozeuma Shrimps, Bumblebee Shrimp and other rare Critters – but the funniest thing were these two painted frogfish hiding in a purple sponge. They where in the famous rubble patch at TK1. First there was one of them on each side of the sponge – so our guest could watch & shoot them from both sides. But then the smaller one crawled under the sponge towards the bigger one. From the side of the bigger frogfish you could then see the smaller one peek around the “Benkile” (Sangihe language for “Bum”) of the bigger one. Everyone started laughing immediately and it was still a big topic afterwards on the boat 😉