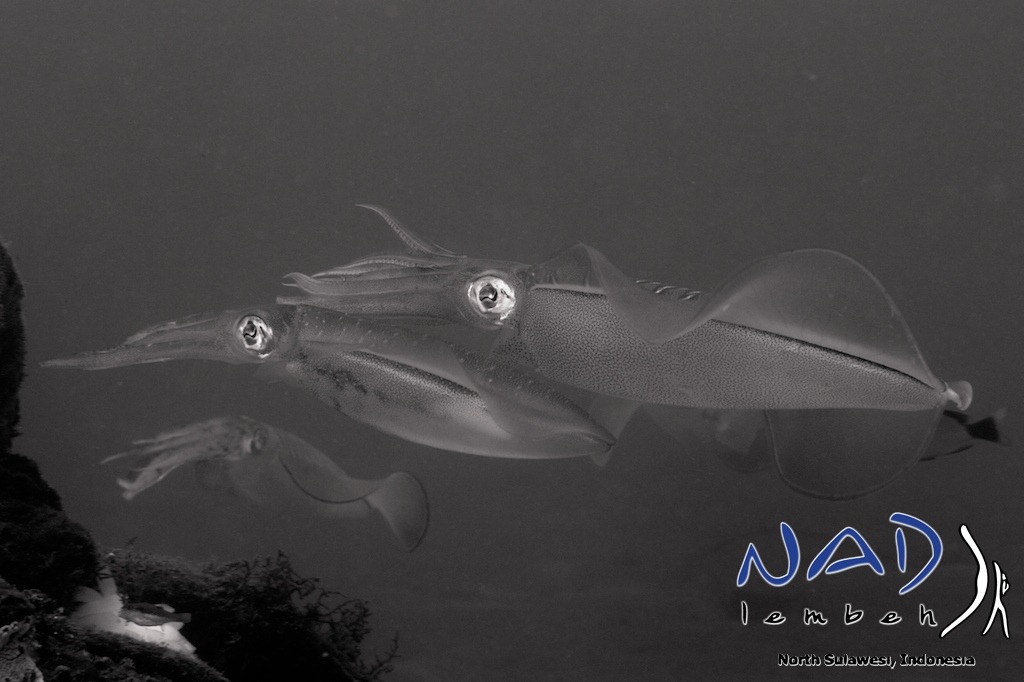 This week when going in for the second dive at Aer Bajo 1, we decended as usual on the buoyline in the shallows. That buoy is ankered by concrete filled oildrums at 6 meters in the sandy bottom. The ropes up to the buoy are always filled with squid eggs – and often when we decend, we see some squids around. But on that dive it was rather special – when decending, there were around 15 big squids dancing and mating around the ropes. The group hovered around the buoyline while always one or two of them went in on the rope to place eggs. After the group decended to the dive site (to see Mimic, Frogfishes, Seahorses and more) i stayed around for a while and watched this beautiful ballet, that the squid were performing. As i slowly went closer i realized at one moment, that i am completely surrounded by squid … i could have basicly touched them. Unlucky, that i had a long Macrolens on – would have been the perfect wideangle shot. But to back up the story here is one blurry shot taken from distance 😉