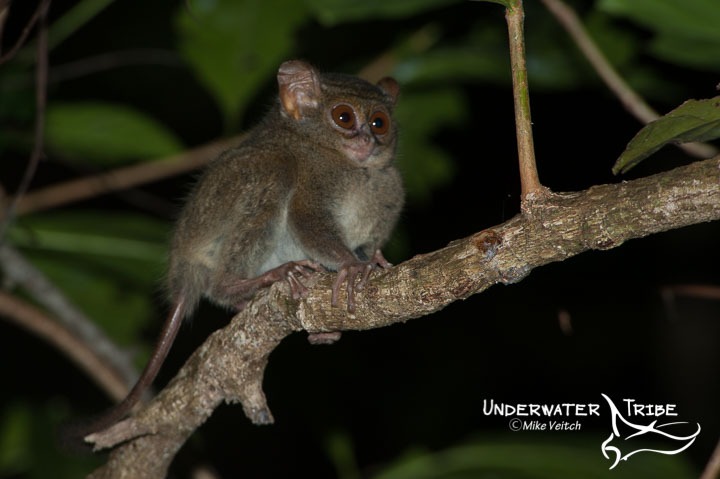 One of the cool things about North Sulawesi is the vast amount of wildlife that can be found both on land and underwater.  Obviously diving in the Lembeh Strait is very well known, as is the Bunaken National Park, however, what many folks miss out on when they visit the area is the wonderful terrestrial adventures that are on offer.  Tangkoko National Park is a huge forested area only one hour drive from Bitung and it’s home to some very special species of animals.  The most famous resident of this forest is the adorable Tarsier, the smallest primate in the world.  This furry little bug eyed monkey is a nocturnal creature that makes it’s appearance each day just before sundown and offers great photo opportunities as it descends from it’s home tree and sits around before heading out on the hunt for insects.  Other inhabitants of the jungle include giant hornbill birds, kingfishers, green vipers, and pythons.  The greatest attraction though is another special primate, the endemic Black Macaque.  These small monkeys are stub-tailed with long black hair and bright orange eyes.  There are five groups of them in the lowland Tangkoko Park area and they are frequently seen and easily approachable. They are often found wandering the forest as large groups with the younger members of the clan often clowning around in the trees.  As far as photography goes, a good zoom lens such as a 70-200mm lens is the best option to have as the monkeys do need a bit of space.  NAD Lembeh can organize full day trips or afternoon trips to Tangkoko for anyone who is looking for a great way to spend a day that doesn’t include diving, consider a terrestrial adventure instead! 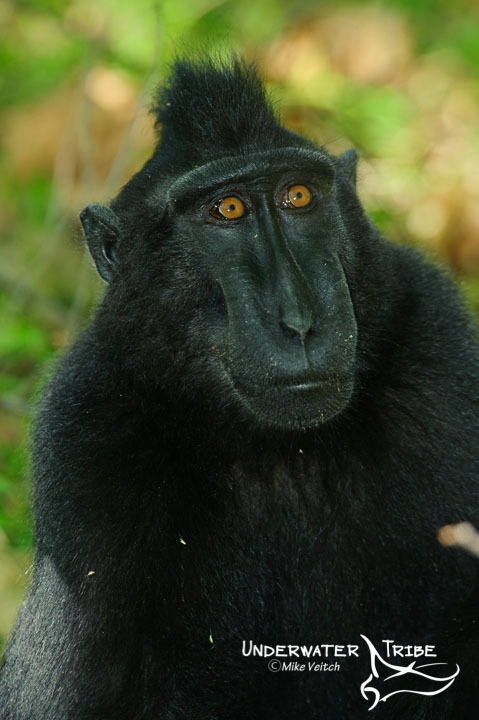 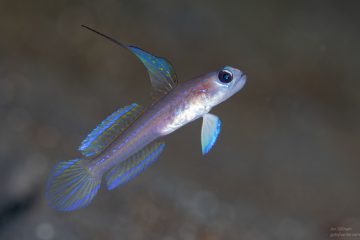 Many of you will know Jon from his multiple visits to NAD, and he and his talented photographer wife Sakae have been one of the first to come and visit us after COVID, please find Read more…