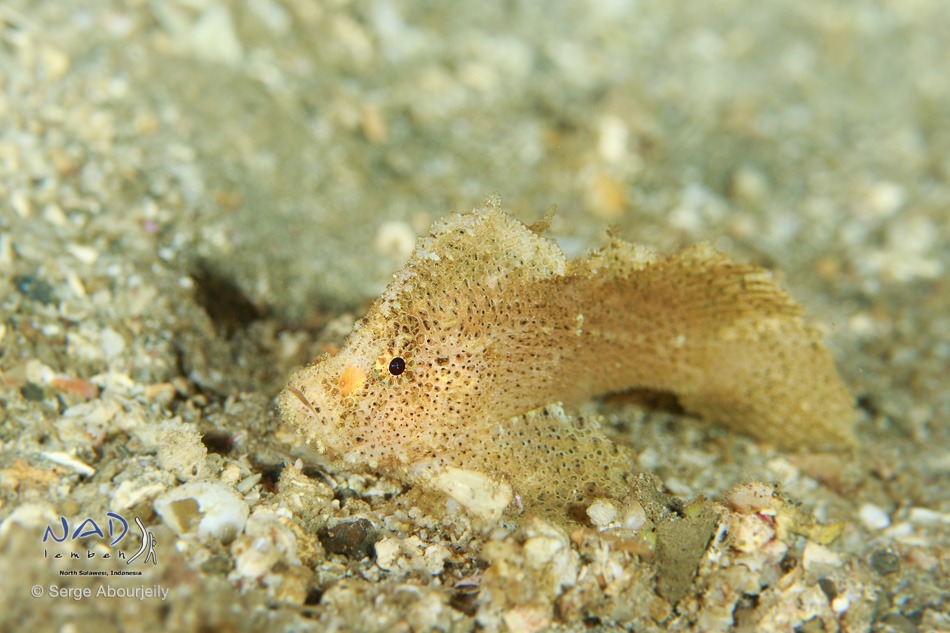 Like all Velvetfishes it has no scales. With the mottled pattern on his light tan skin this fish blends in perfectly with its habitat. It stays on light coloured sand and rubble – mainly under ledges or in cracks. This individual was about 5 cm in size and found relatively shallow in a crack under two bigger boulders during our safety stop. And this proves again: In Lembeh Strait you should never think a dive is over before you actually come up the ladder to the dive boat.