The story of the “Little Green Shrimp” 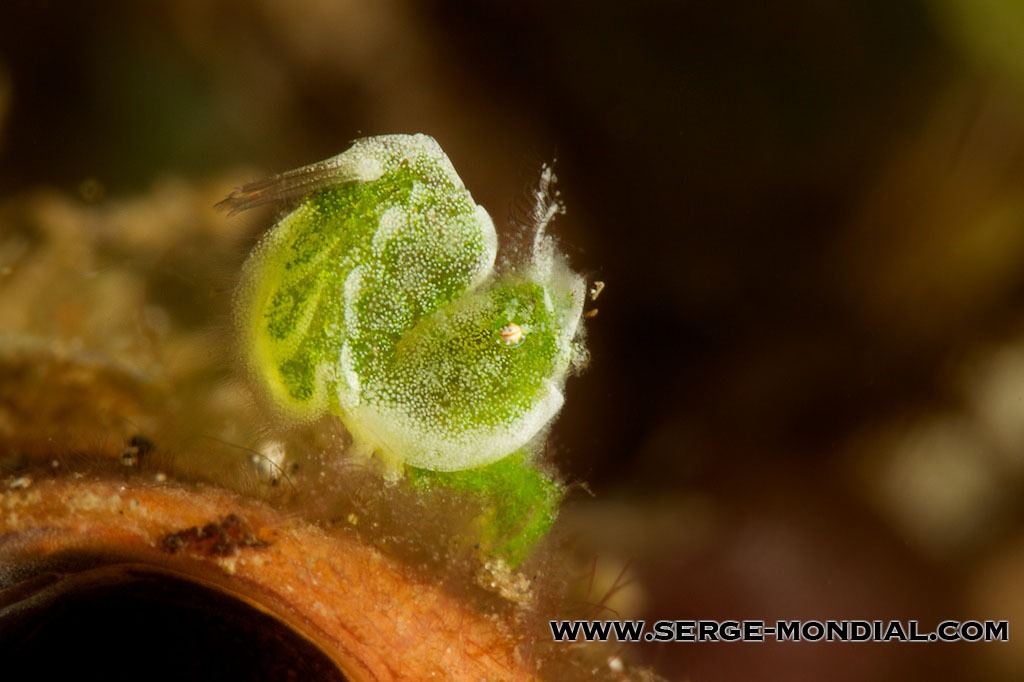 The Little Green Shrimp (the newly discovered green Phycocaris species) is one of the very hot Critters in the Lembeh Strait at the moment. Several other dive centers already managed to find them and it is becoming a very popular subject with UW (Super-)Macro Photographers – especially with the ones that already have seen ‘everything.’  Even though we have already written several times about the little green shrimp, we now want to officially tell the story about its discovery.
It was first seen in October 2011 by our Dive Guide “Aso”. Aso has been with NAD Lembeh for several years,  starting as a gardener and working his way up.  Aso has a lot of talent and a big passion for the really tiny stuff. Hairy Shrimps, Tiny Nudibranchs, Lembeh Seadragons and all other critters that normal people almost can’t see are his absolute favourite. So obviously he has his nose always close to the reef – like on that one day in October. 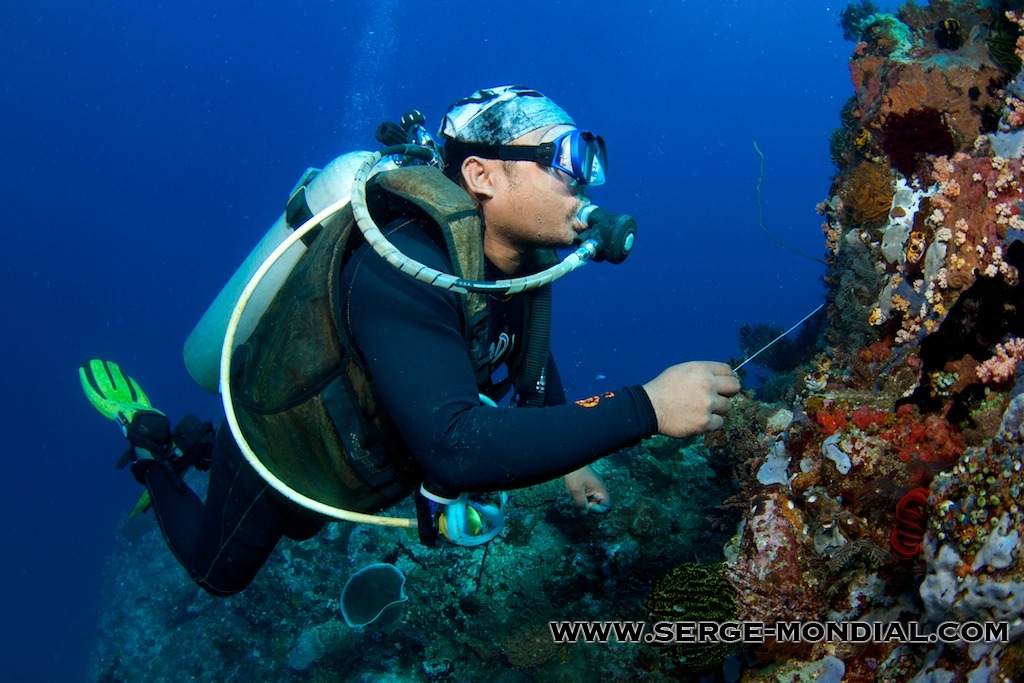 Our Dive Guide Aso, who discovered the little green shrimp

Aso was diving with a group of 4 Divers from Taiwan (Nikki, Color, Ariel & Tommy). They had a great week with superb critters like Hairy Octopus and other really rare stuff. On one morning dive at Dante’s Wall on the northern end of the Strait Aso then saw the Little Green Shrimp for the first time. It looks exactly like a “Hairy Shrimp” … only that it is fatter, has no hair and is green. Luckily Aso’s divers all had cameras and brought back some pictures of the shrimp. Back in the resort, Aso came immediately into the office and said that he found a new species. So we all had a look at the pictures and none of us – even not the oldest guides – knew that shrimp. We then posted the pictures on web forums and it did not lead to any positive ID. The opposite was the case: We got contacted by scientists and shrimp specialists who were interested in samples (We didn’t collect any ). They were not sure if it is a variation of phycocaris simulans (Hairy Shrimp) or a new species of phycocaris. So we started to get really excited about our little green shrimp.  Strangely enough, one of our former guides, Jhoe, also found one during a liveaboard charter about a week later – in Alor, which is quite far away from here. 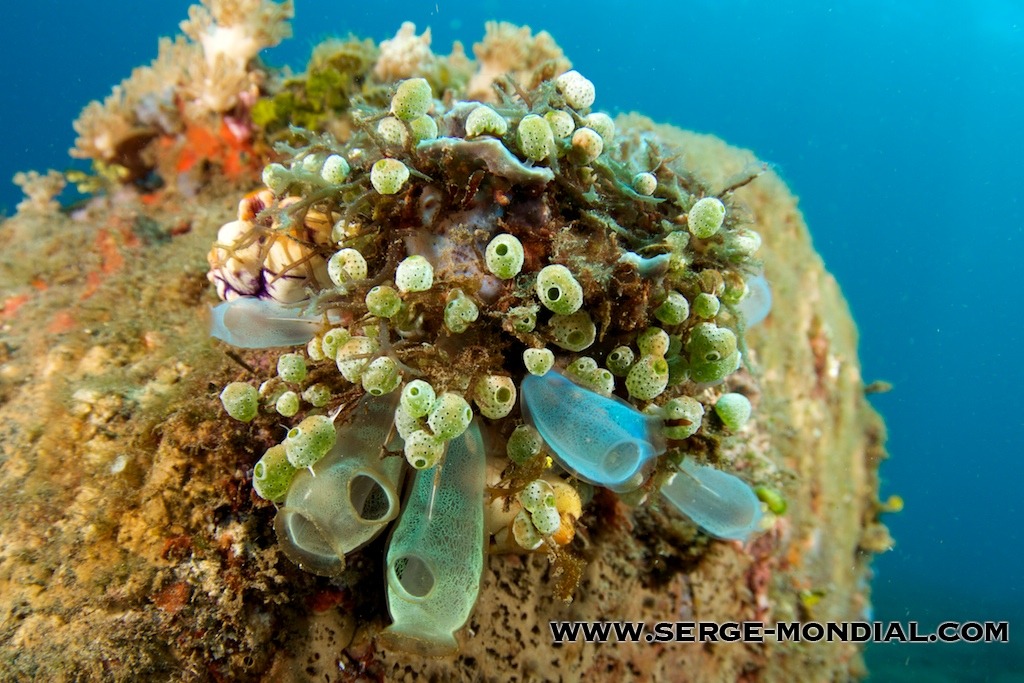 After this first specimen that we saw at the far northern end of the Lembeh Strait we found the Green Shrimp on several other dive sites all over the strait. They are very small (smaller than a grain of rice) but is is still possible to find them, when you know where to look. They live in the Ascidian Clusters in between the little green-white ascidians that look like Olives. And usually we find them in between 10 and 20 meters.
As there are now already several other dive centers finding this shrimp and everyone starts to use its own name for it, we want to suggest “Phycocaris tadetei” (Aso’s real name is Olbert Tadete) as a future scientific name. For day-to-day use, we will stick to “Little green Shrimp” 😉
Categories: CrittersDive CenterDiving StoriesLembeh
Tags: AsoDive GuidesGreenGreen ShrimpLembehLembeh StraitNADNad Lembehnew speciesPhycocarisShrimpSpecies

[…] shrimp was first found by one of my guides in 2011, and amazingly enough it has evaded me until yesterday.  Every-time I have dropped in on a site […]