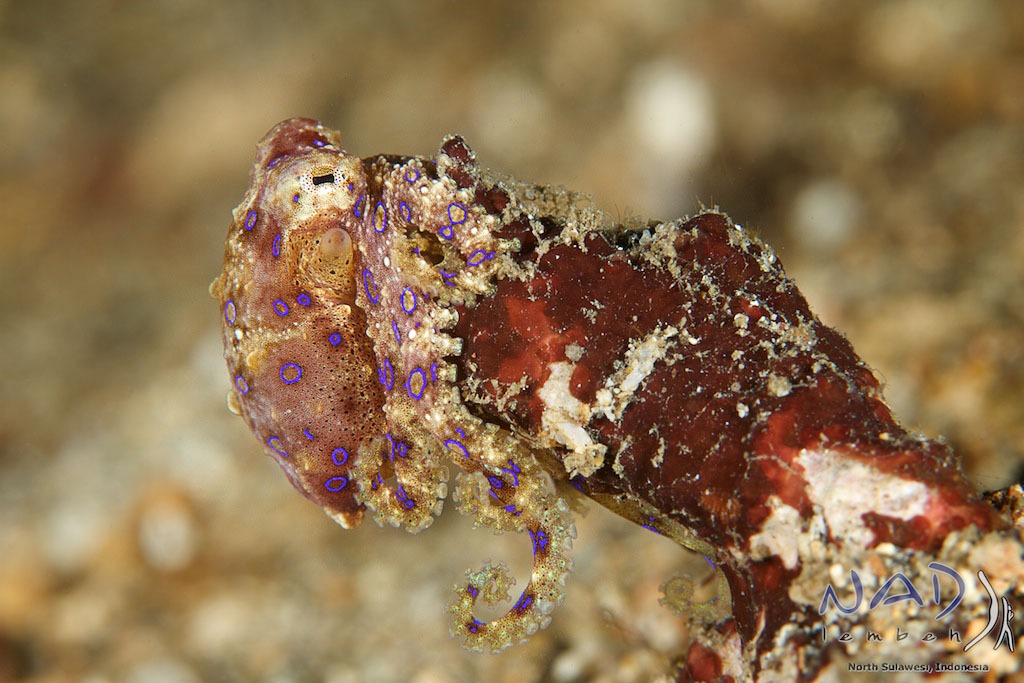 Critters are not easy to find – it needs a good eye and of course a lot of experience. The experience helps as critters follow typical behavior patterns. Some Frogfishes for example like to stay with sponges, Pygmy Seahorses like seafans, Emperor Shrimps hang out on sea cucumbers … and Blue Ringed Octopusses like Sandy Rubble. Here they either take Vantage Points from where they look for prey – or they stay hidden: camouflaged on rocks or hiding in crevices or bottles.

So when you are looking for a Blue Ringed Octopus, you first go to a place with Sandy Rubble, then you search the habitat for little outstanding pieces of rock or rubble like in the picture above. The Octopus will of course not show its typical blue ringed pattern when you find it … it will have the same colour as the rock. If you cannot find one, but you know that there is one (from previous sightings) … then you start looking for a hidden Blue Ringed Octopus. That means you have to basicly check every little rock or crevice (bottles, cans, Rocks with little cracks or even flat rocks on which they spread out and mimic the rock). So basicly a Blue Ringed Octopus is always found either out on the Sand (more or less camouflaged) or in a crevice like a bottle or something. 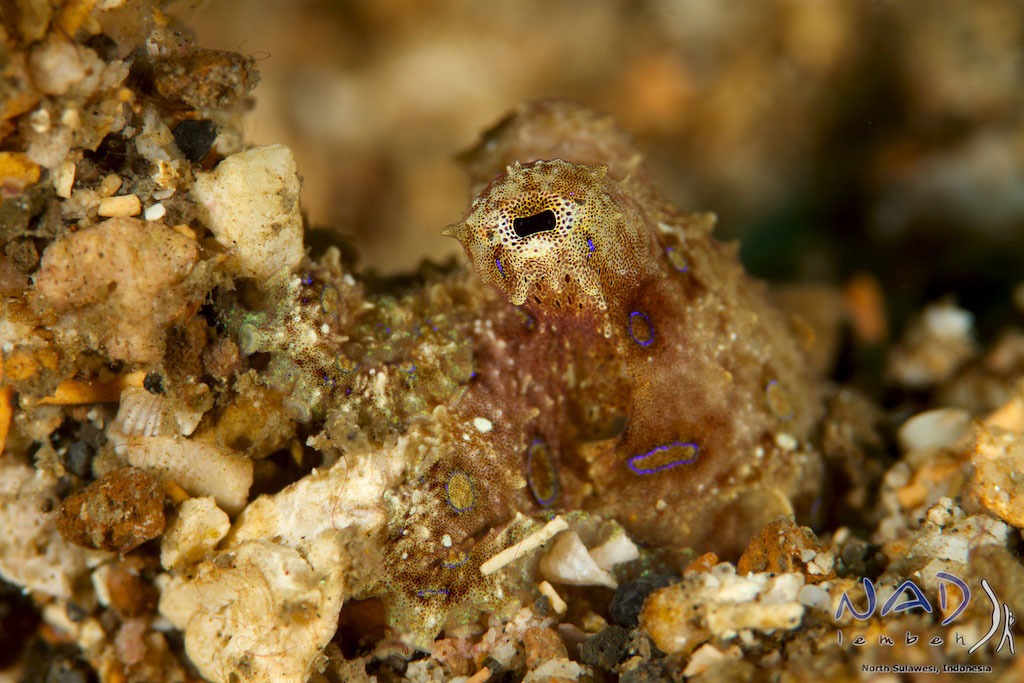 The more we were suprised when we witnessed the Blue Ringed Octopus from the picture above showing a completely untypical behavior. Usually the Octopus would show off its Blue Rings as a warning signal for a while and then start eventually try to swim off a bit and try to immediately camouflage itself. Or it would try to find a bottle or maybe camouflage on a rock. But instead it suddenly sat down on the sand and started to burry itself into the sand … just like a coconut octopus or a bobtail squid. I am not a Biologist, but in several years of diving in the Lembeh Strait i have never seen a Blue Ringed Octopus doing this. I have seen them press their body flat on the sand but this is the first Bluering that i actually see activly digging into the sand. Fair enough … at least he reached his goal to escape the strobes 😉