Back again!
After leaving Lembeh in October I honestly thought that it would be about a year until I could visit again. I had quite a number of trips elsewhere planned and also a lot of stuff to do on my day job. After spending the rest of the fall with doing paperwork, and an extremely early winter onset at my home in Sweden, combined with a record amount of snow, it became clear that I had to get some diving in before planned. So here I am back in Lembeh again, more than happy to be blogging about the stuff we see and take pictures of during the next couple of weeks.  I know I am most likely preaching to the choir here, but it was pretty obvious already yesterday five minutes after my arrival that 28 degrees Celcius and sun so strong that you actually would benefit from sunglasses beats the climate around the polar circle by just an incredible amount on the life quality scale. 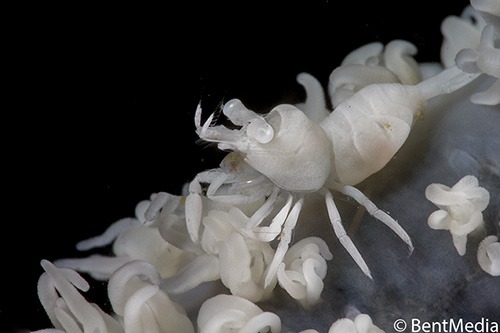 Wire coral shrimp
What are the differences then from October? Well, some are resort based. Simon and his staff have fixed a really nice bar on the second floor with a great view over the strait. The boats were already fixed in October, but now there are new, quick and very well planned boats here. The guides are the same, which I am very happy with. The former chairs, which probably were made of concrete, iron scraps and lead, have been replaced (some would say that that is a bad thing, breaking a long tradition, but then again other people seem to want to be able to actually move their chairs). Compared to my last visit, being the low season now, there are very few people here. Having visited Lembeh during more or less during all seasons, I really wonder why there is a low season, as the diving has been very good whenever I have ben here. 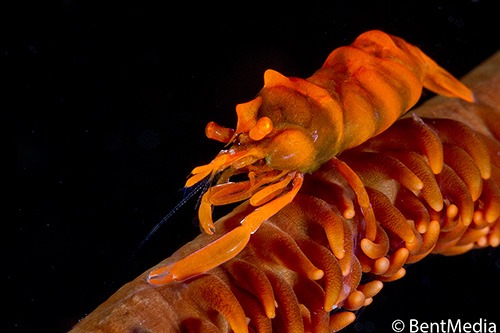 Wire coral shrimp
The diving is not the same though, different animals seem to be common at different times. And that takes us to the differences under water.  Most of the seasonal differences here seem more to be a question of differences in densities of animals rather than differences in what species can be found here. The flamboyant cuttlefish, which were common to the point of being not very interesting in October, have left their marks with eggs in most of the empty coconuts on the sands. 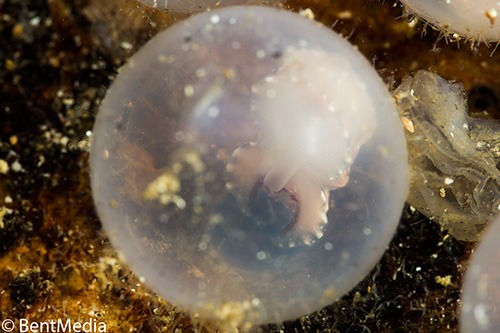 Flamboyant cuttlefish egg
Flamboyants are still around, but not as many as then, which makes sense, as flamboyant and their relatives die soon after mating. The same goes for blue rings that are tending their eggs now, but are not seen in the same more or less ridiculous densities as in October. I would be surprised if there are as many frogfish around as on my last visit. But, that said, I am pretty sure that something else will be much more common now. Apparently there are quite a number of Harlequin shrimp here now, and they are always fun to watch. 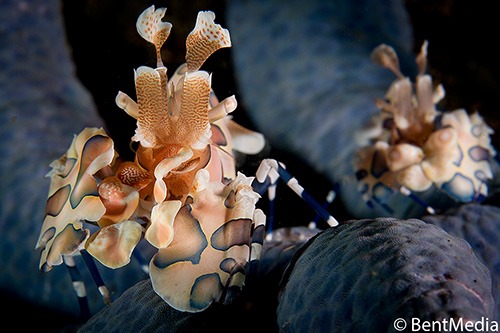 Harlequin shrimp
After some days of diving here, I will get back to you with what else is common now. Wire coral shrimps were very common today at least, as you can see from today`s shots! 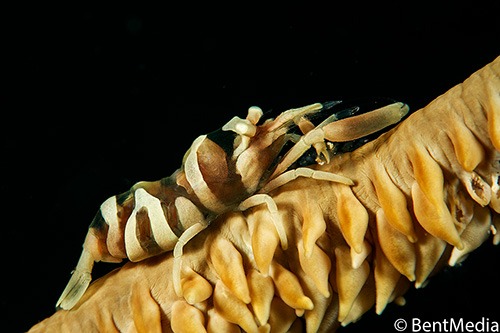 Bent, so jealous that you are back there again. Have a dive for us and a cheeky beer at the new bar. Love your blogs, keep em comming please. Love to all there.