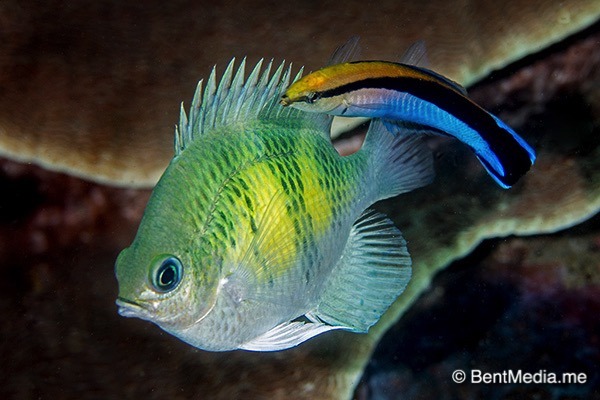 The parasite remover of the reef
First of all, we have the iconic Lembeh tongue parasite, which the last couple of years have been something divers actively seek out. I am talking about the isopod that attaches itself to the tongue of anemone fish, and, the story goes, eventually leads to the loss of the tongue in the host fish. However, that seems to be just a story, as affected anemone fish still have all their body parts. The parasite does seem to annoy the anemone fish, and after some time studying the anemone fish, one can very easily see which fish have a parasite and which do not. Not much is known about the isopod, and even less on the effects it has on its host. 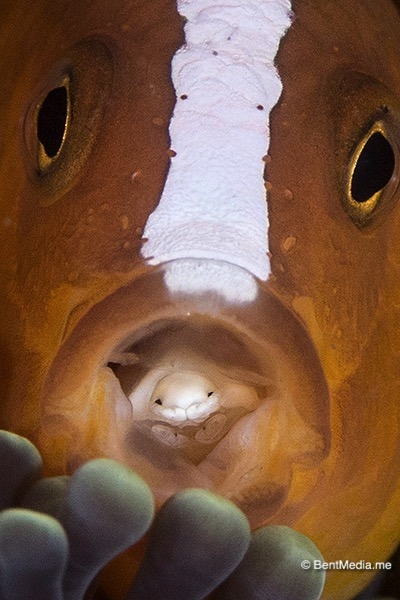 Isopod in the mouth of an anemone fish
Second, we have a close relative to the tongue parasite. It is also an isopod, but its host is something as different as a member of the puffer family. As most puffers, it is highly poisonous to eat, but that doesn´t deter its parasite. The isopod in question attaches to the most unprotected part of the fish, its gills, where the parasite sucks blood from the fish, growing and causing a very distinct lump on the gill cover of the affected side. This parasite is very common on tobys in much of the Philippines, but I cannot remember that I have seen it here in Lembeh earlier. 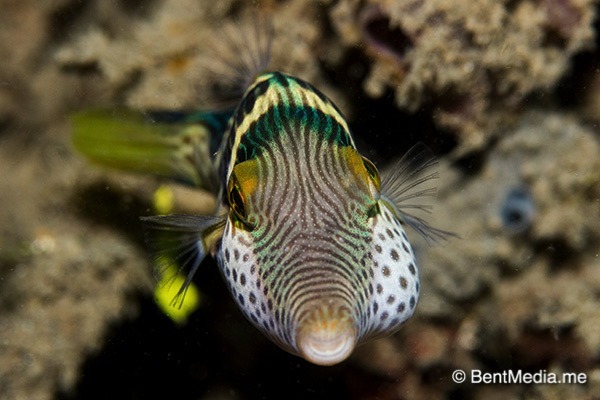 The bulge on the cheek of the puffer is caused by an isopod within the gill cavity of the fish.
Third is a parasite new to me. It is also an isopod, and I found it on one of the dancing cleaner shrimps. It is a bopyrid, which are known as parasites under the gill part of the carapace of shrimps, but I do not know whether this specific species moves to the gill cavity of its host at a later stage. It doesn´t seem to bother the shrimp too much, but I have no idea of the long-term effects of this parasite either 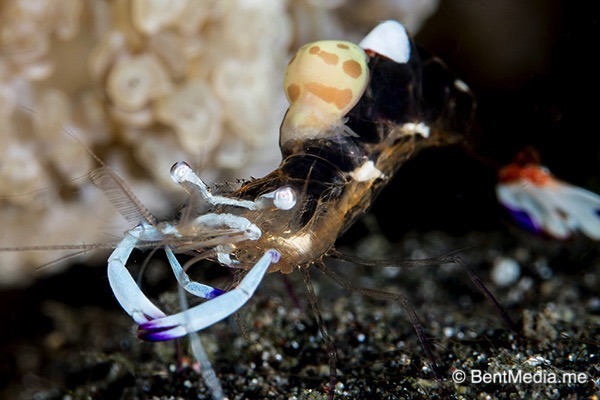 Bopyrid parasite on shrimp
That is probably a common theme to the parasites we encounter as divers. A few marine parasites are important for commercial reasons, and a lot of resources have been used in research of their biology. The parasites we as divers encounter, however interesting, have up till now not received a great deal of research interest. Given their potential in the population ecology of the species involved, it could probably be a rewarding study object. So if anyone has a lot of dollars to spend on something interesting, let me know!
Categories: Miscellaneous