The majority of our guests are not only divers but also photographers. Therefore, it is a big plus if you can provide dive guides with a photography background. We have several camera setups for rental, available for our guides whenever they want to go fun diving. In order to give them an incentive to improve their photo skills, we organized a little dive guide photo competition with some great prices!

Dive guides on a mission

Some of our dive guides and I took advantage of a free afternoon to go on a photographic mission on our house reef and wreck. Although all of our guides are pretty good in handling cameras and taking pictures already, there is always room for improvement.

Get ready for another great DisneyNature movie called “Dolphins” which will be coming to the cinemas in 2018. DisneyNature has just released the trailer for their new movie, in which we follow “Echo”, a young dolphin, on his adventures when he explores the coral reef.

[vc_row][vc_column][vc_column_text]We are camera geeks and own several Video and Photo setups. From professional 6K video cameras until high end DSLRs. And we use and dive them a lot. But the newest member in our camera family is rather small: The Olympus TG-4. From now on it will be available for Rental at NAD-Lembeh and Read more…

To be able to offer our 2:1 Ratio (2 Guests with one Diveguide) at the quality level our guests are used to we not only had to find some new guides – we had to find some really good ones. So let us introduce the latest three additions to our Dive Team (from Read more… 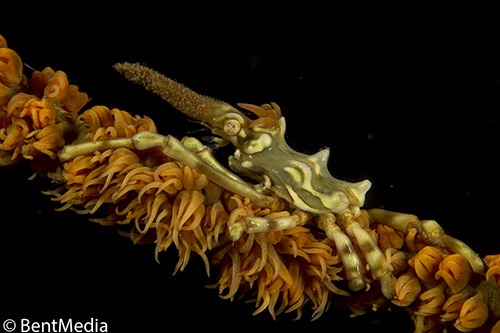 Xeno crab
As those of you that have read my earlier posts might already understand, one of the aspects I find the most interesting when diving is the close symbiotic relationship between many marine animals, where one animal provides another animal with living quarters. Most crabs are free living and do not show symbiotic relationships to other animals. In contrast, here in Lembeh some really fascinating examples of symbiosis between crabs and other animals can be studied. END_OF_DOCUMENT_TOKEN_TO_BE_REPLACED
By Bent, 10 yearsJanuary 22, 2013 ago

So here it is: My second Introduction Post on the NAD Lembeh Blog. My Name is Serge and after having written the updates here for one year as the Dive Manager i am now back for a 1 month visit and will use my time to keep you updated on Read more…

So, after the English Football team got there ass (arse) whooped by Sweden last night I thought to myself ‘what would Bent do?’ The answer was not hard to find, as our favourite Swede/Dane hybrid loves parasites and all things small and disgusting. I headed out on a dive with Read more…

On a recent dive our Dive Guide Paulus found this beautiful Tiger Cowrie (Crenavolva tigris) on a red seafan, which it feeds on. This Yellow-Black patterned Cowrie is a real beauty and well deserves the name tiger cowrie, which is also commonly used for the much bigger but also much Read more…

Every day of diving in Lembeh Strait is special – but some days are just more outstanding than others. Today was one of those days. It all started with very heavy tankbanging, when our Dive Guides Stenly (left) and Marnes (right) spotted a Whaleshark in between Aer Bajo 2 and Read more…