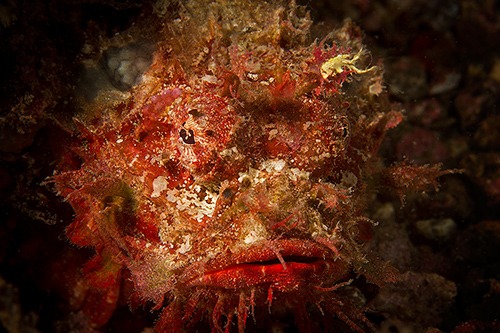 This is my fourth trip to Lembeh in just 2 years. I do dive a lot of other places in the world, but my favorite place is this narrow strait with a big harbor in the middle of it. With just a couple of exceptions, all the other visitors here in the resort this week have also been here before. So what is it that draws not just me bot also lots of other people here time and time again? After all, the world is full of nice dive spots with clear blue waters, nice beaches and colorful reefs right on the coast. As most people in the dive world know, Lembeh will not give you that. Not that there are no corals in Lembeh, actually there are a couple of surprisingly healthy hard coral dive spots here, but for Lembeh aficionados, those dive spots are preferably left alone in hunt for the real treasures of the strait. And the real treasures are in some sense the total opposite of dives on blue water coral reefs. In a rather murky setting, on dark lava sand with bits and pieces of “stuff”, some of it of natural origin and the rest with clear traces to the villages and the harbor at the coast of the strait, the weirdest, hairiest, most camouflaged and simply butt ugliest creatures found on earth dominate. There are of course some really beautiful creatures here, such as many of the nudibranchs or the quite common candy crabs on the Dendronephtyids 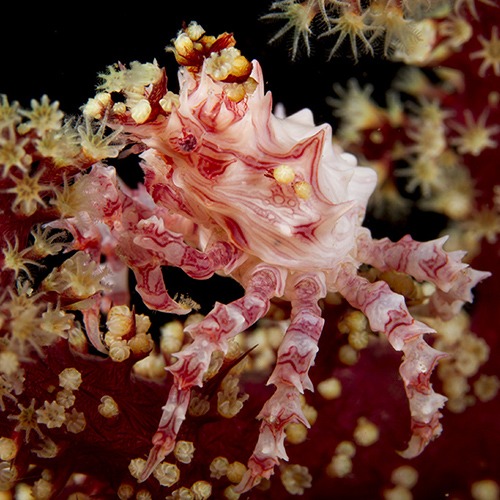 but the real stars are the multitude of octopus, frogfish, snake eels, scorpion fish, stone fish, carrier crabs, urchins and other uglies that just a mother and a muck diver could love, or maybe just a muck diver. 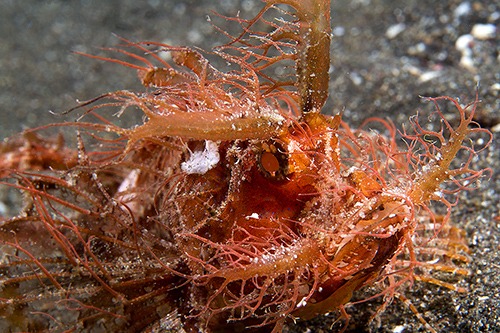 Ambon scorpionfish
On todays morning dive we found two of my absolute favorite scorpion fish, a big female and a small male Ambon scorpion fish waddling around and looking like an innocent piece of sea weed with no mean plans for small fish coming close. A small cardinal fish happened to do just that, which was the last thing the little fish ever did. With their enormous mouths, Ambons as well as all the other scorpionfish take in a huge amount of water in their mouths containing the small slightly careless small fish. The water is expelled through the gills and the fish is retained in the mouth and subsequently swallowed. If one hangs around for a little time after the catch, it is quite common to se the prey wiggle around inside the scorpionfish for a little while before actually dying.  It is highly likely that the main evolutionary pressure leading to the amount of amazing camouflage seen here in the strait is that the sand bottoms here simply is so barren that a sit-and-wait predator such as scorpionfish would be out of luck catching food in this environment if they didn´t look like some thing. Thus, algae covered coconut husks, roots from trees falling in the strait, clumps of disintegrating sea weed and other similar debris have been the model evolution has tried to simulate. And Lembeh really is the place that shows evolution succeeding. Without a good dive guide, most of the really interesting animals here would continue their lives without ever being seen by divers. Butt ugly as they are, it is hard not to be amazed at their adaptation to the stark landscape they live their lives in. 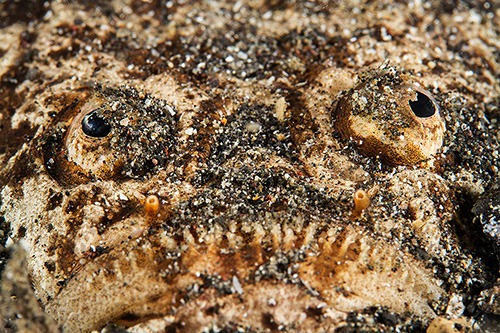 Hey Bent,it was nice meeting you and great article, l look forward to reading more of your blogs.Cheers,Steve.