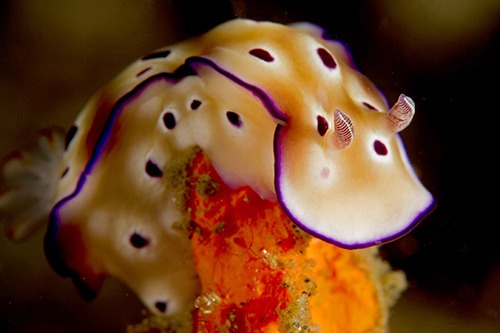 It makes a lot of sense to announce the danger of eating the nudibranchs, as they get no help from the poison once ingested, despite killing of the predator in the process. The clear colors send a powerful message to would be predators that it is not worth even trying, letting both prey and predators take care of their own business without being harmed. These kinds of signals, where bright colors give a message of a horrible fate to a predator-to-be are called aposematic signals. 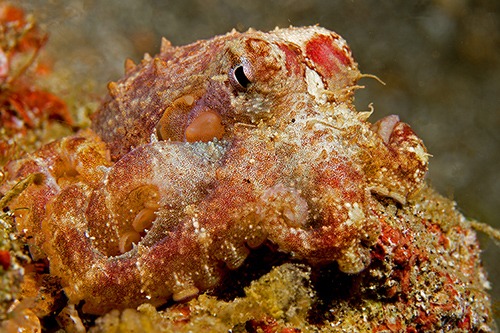 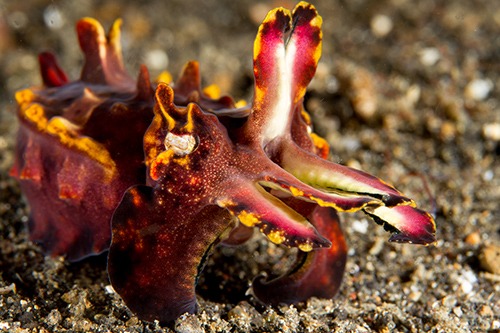 Some of the other very venomous animals, such as the flamboyant cuttlefish, the mototi octopus as well as the blue-ringed octopus that we currently see every day here in the strait are perfectly sized prey for may of the carnivorous fish feeding in the sands. However, given that these cephalopods themselves try to catch fish, a constant aposematic signal would complicate life for the blue-ring and the flamboyant scaring of the prey. The solution is to turn the aposematism on when threatened and turn it of again when the danger leaves, as shown here by a mototi octopus.

Thus, both flamboyant cuttlefish and blue-ring octopus are at the same time both among the most camouflaged and the brightest colored animals here in the strait, vividly demonstrated by the flamboyant cuttlefish flashing strong colored circles or waves of vivid colors when agitated and blending in with the rubble in an amazing way whenever left in peace.