For some reason certain animals are on the “cool” list that everyone wants to see and photograph and others are placed on the “not so cool” list and get ignored by most divers and photographers. Scarcity and cuteness seems to be two important factors determining the popularity of an animal. Despite not really ticking either the scarce or the cute box, due to their interesting life style the gobies of the genus Bryaninops have a long time been on my favourite list, and I more or less never pass a wire coral without checking it out for a goby or two. 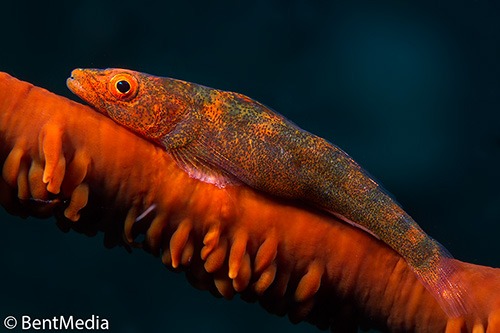 Goby on wire coral
Few other divers seem to find them very interesting, so I mostly get to have the wire corals and the gobies more or less for myself. This time in Lembeh, Paulus, my excellent guide, knowing about my interest in parasites, in the beginning of my stay showed me a couple of Bryaninops with the characteristic copepod parasites that many of these gobies carry, with the gobies living on other animals that I did not normally associate the gobies with. 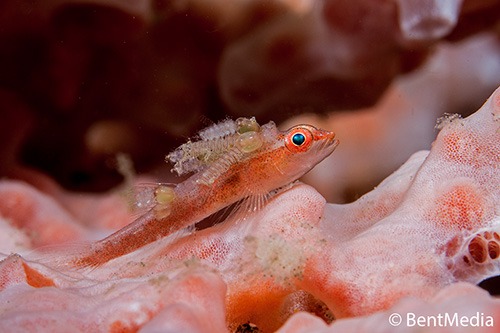 Goby with a heavy load of copepod parasites on sponge
During the weeks I stayed, I found gobies on a lot of different sedentary animals, more or less always colour matching the animal the goby associate with. 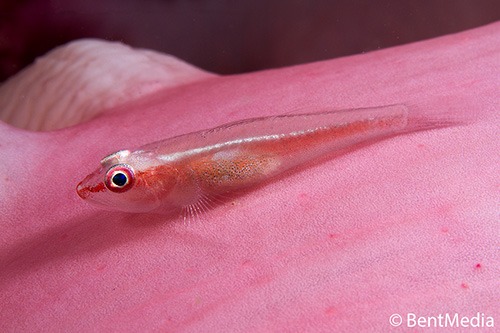 Goby on soft coral
The Bryaninops gobies are found as commensals on different coral groups as well as sponges, sea squirts, sea stars and even on Halimeda algae. 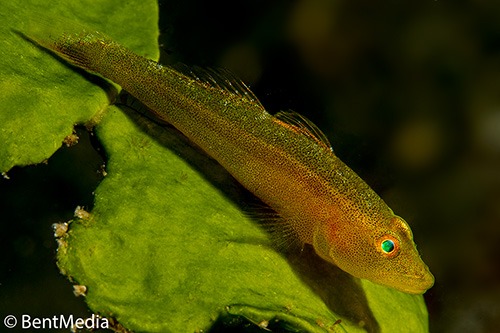 Goby on Halimeda algae
The pelvic fins of the gobies are more or less adapted to be a disc capable of sucking the goby to its host during currents. 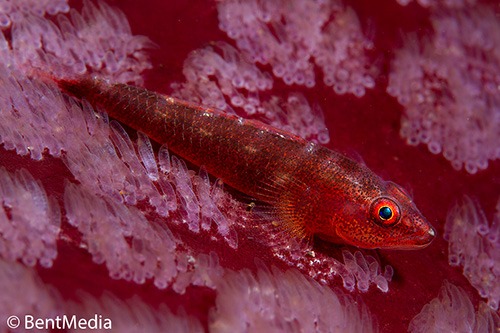 Goby on sea star
They never move far from their host, and can often be seen moving quickly around on the surface of the host, feeding on small zooplankton drifting by in the current. 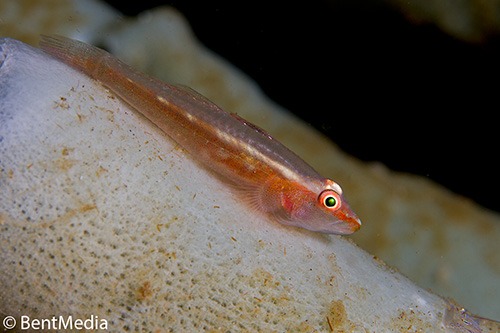 Goby on tube sponge
Being commensal means that the interaction between two animals are neutral for one of the, in this case the host. The other partner, in this case the goby, of the interaction receives some benefit of being in a commensal relationship. There is no doubt that commensal gobies receive benefits by living on their hosts. The gobies settle as small larvae on their hosts and change colour to match the host during ontogeny. 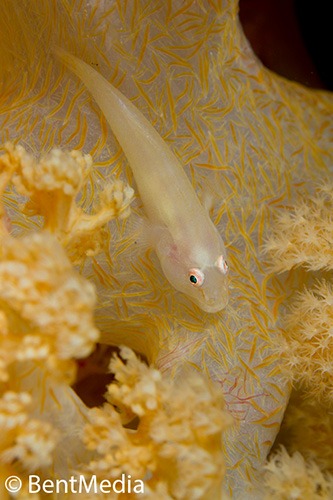 Goby on soft coral
Obviously such a colour match leads to some kind of concealment for the goby which otherwise has no protection against predators. When detected the gobies also use their hosts as hiding place, moving quickly to the other side of the host.
It is, however, not really clear that the hosts are unaffected by the interaction. At least one of the species, the common and wide spread wire coral goby Bryaninops yongei, lays their eggs on a patch of the wire coral where the gobies have cleared the coral from living polyps. Thus, at least in this case, it is unlikely that the coral is not negatively affected, and the relationship then should rather be classified as a parasitic interaction. On the other hand the goby might protect the coral from coralivores, thus mitigating the cost of the lost polyps somewhat. 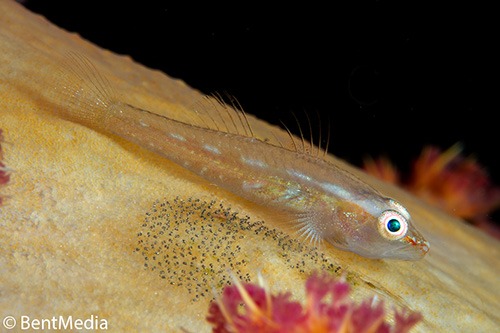 Goby tending eggs (the black spots beside the goby) on soft coral
Many new species of those gobies are now being recorded by goby experts from different parts of the world. The diversity of commensal gobies in Lembeh is probably quite high judging by the number of different gobies of slightly different shapes I saw on a number of different hosts during my two week stay, and I would not be surprised if there was one or two undescribed species among them. It will require a goby specialist to really understand what species are present here in Lembeh, so at least I, not that much into goby taxonomy, will have to enjoy the active and often quite beautiful fish without really knowing what specific species it is. On the other hand, with many other groups of high diversity in Lembeh, that happens quite often here, so one just have to get used to it! 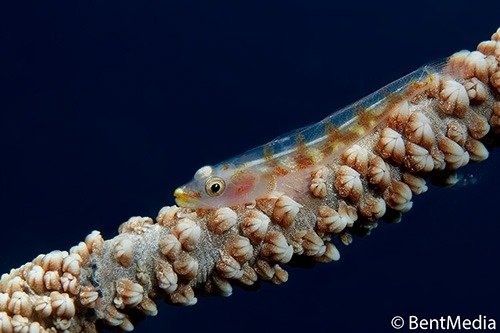 […] up to Bent’s enthusiasm for all things parasitic, i saw a parasitic copepod on a goby today at Nudi Falls, this one was on a soft coral so was in a nice position to shoot near to the […]