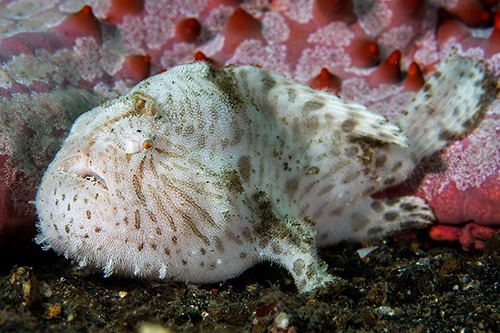 Striated frogfish, shorthaired version.
So what are frogfish? All frogfish are small to medium sized sit and wait predators, that tend to find a more or less species-specific spot where their specific camouflage can be used. As an example giant and painted frogfish are most often found in or next to sponges, where the frogfish blends in in an amazing way with the colour and texture of the sponge. Another example is the hairy frogfish, which most often will be found right next to small colonies of corals with long tentacles on their polyps, giving a surprisingly efficient illusion of the frogfish being part of the coral colony. 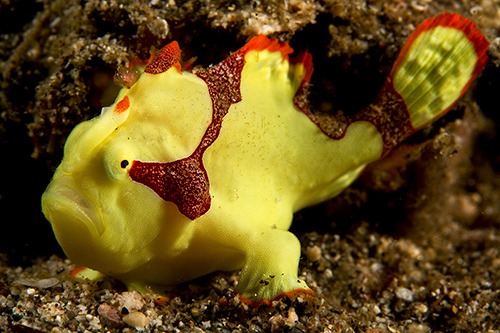 Clown frogfish. What do they try to simulate?
Making the illusion even more thorough, frogfish do not have gill covers like most other fish, but expels the water flushing over their gills through small holes at the base of the pectoral fins. Thus no moving gill covers will alert any predator or prey that there is a rather tasty or dangerous, depending on perspective, frogfish just in front of you. 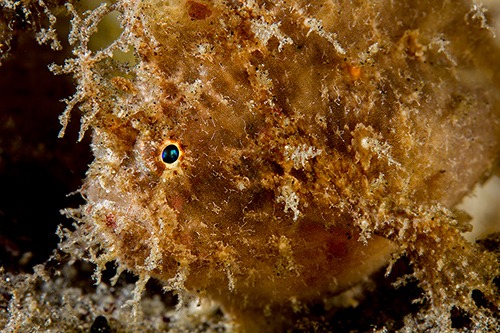 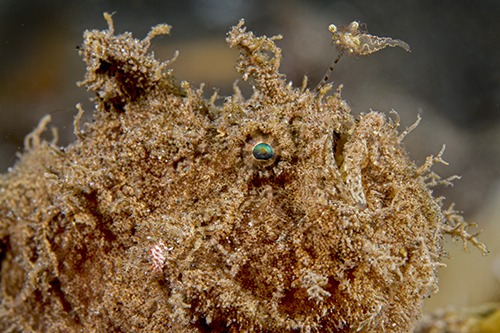 Spotfin frogfish using it´s lure
This afternoon’s dive will partly be spent in search of the elusive Randall´s frogfish. This small species is very cryptic, spending most of it´s time in rubble or clumps of dead sea weed. It is really hard to find, so luckily we can have a try tomorrow again. And the day after! The good thing about looking for almost impossible stuff here in the strait is that you will see so much cool other stuff while trying, so it is highly likely that we more or less will forget whatever it was we started out with looking for! 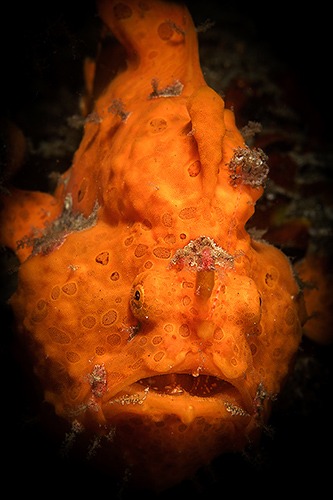