Nice Shrimp out of a plastic tarp 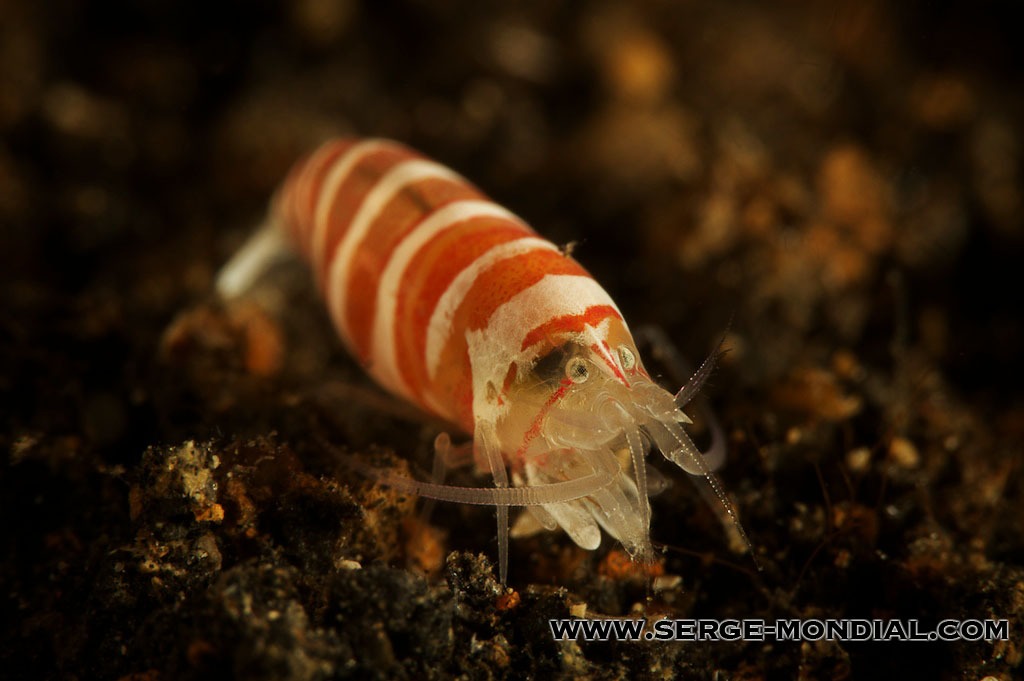 On a recent dive trip to Teluk Kembahu (TK) our Guide Indra showed me this weird shrimp. He was actually trying to find a Bumblebee Shrimp by looking under a pile of old ropes, that were encrusted with a big plastic tarp. But instead he found a big colony of various shrimps including Brittle Star Snapping Shrimps, Big Snapping Shrimps, Rough Tail Sponge Shrimp, Tiger Shrimp and this weird Shrimp. It is a Snapping Shrimp of the Genus Athanas and we found it to be living not on Brittlestars but with a small sea cucumber. There were about 4 or 5 of them. Even though it was not a bumblebee … still a very nice find – specially as i have never photographed this shrimp before.