Which type of camera for Super Macro?

Many people arrive in Lembeh with many different pieces of equipment to capture images of the tiny denizens of the muck.  But which is the most appropriate for you?  Obviously, I can’t answer that but i can show you some examples of what you can do with some different setups on the same subject.
Today we went looking for Hairy Shrimp and Gayus and Paulus found a nice one about 3 or 4mm long holding a few eggs. Luckily we had brought 4 cameras:

These 4 cameras are housed in Nauticam housings and make up our rental line up / staff cameras, and all used a subsee +10 diopter.
I set up on the Hairy Shrimp and then tried my best to replicate the shots as closely as possible by switching through the cameras without leaving the subject.  I started with the 5Dmk3 and im not happy with the picture, but the guide had gone off on an adventure with that camera and I didnt chase after them to get it back! 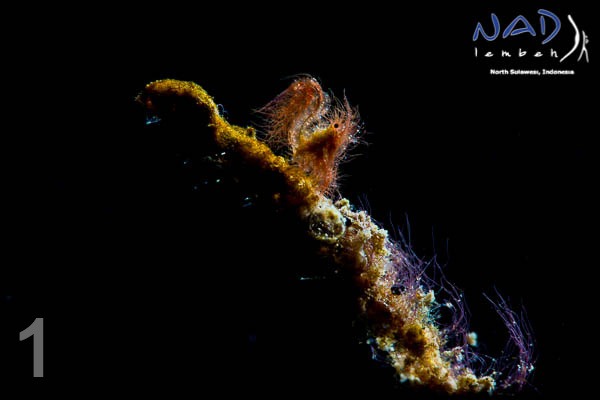 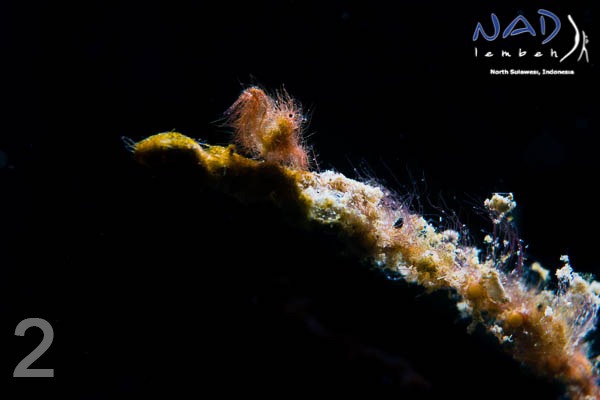 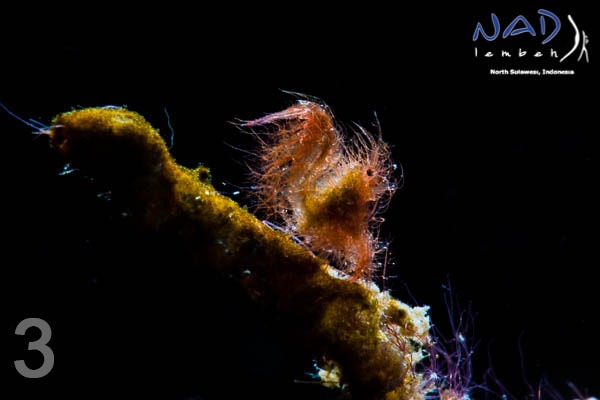 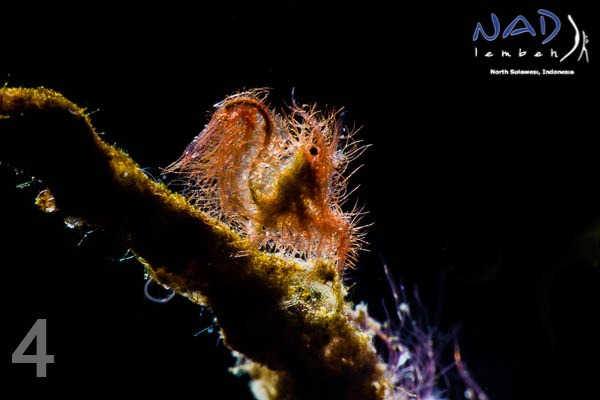 Hairy Shrimp in Lembeh
As you may have guessed… I am not revealing which camera was used for which photo yet.  See if you can guess correctly (without cheating and looking at the metadata!)
I can definitely say that the most pleasant to use was the Olympus OM-D, I took 2 shots with that camera and then moved to the next one.  With the others I had to take a few more (partly due to a new 45 degree viewfinder on the 5Dmk3).  The S110 took the most tweaking to get an acceptable shot, but i think we can all agree that as being a likely outcome – that camera is shooting above it’s weight in this instance.
I need to tweak the settings on the OM-D EM-5 a little more, as I found I sometimes got similar colours to the s110 (I suspect auto white balance may me a factor in this, as it was easy to fix in Lightroom).
With regard to the housings, the 7D is the oldest of the housings and you can tell ergonomically.  With the rest of them, I enjoy the 5Dmk3 housing a lot, and I also enjoy the OM-D and S110 housing, however it is taking me a bit of time to get used to holding a housing directly rather than with 2 handles – I get strain in my little finger from putting it under the housing as support, I have ordered a strap for the OM-D housing that should alleviate this.
My follow up post will be to reveal the cameras used on the shots, and also some crops of just the shrimp, as these shots are straight from the camera other than clipping the 3 x 4 images to 2 x 3 to match the SLR’s.
Categories: PhotographyUW Photo Tips
Tags: CameragayusHairy ShrimpLembehPauluswhich

Blackwater Diving can be challenging. Not only are you drifting a long in the dark looking for exciting things, but many of us like to bring our cameras to be able to capture the weirdness Read more…